Fragments of a Life 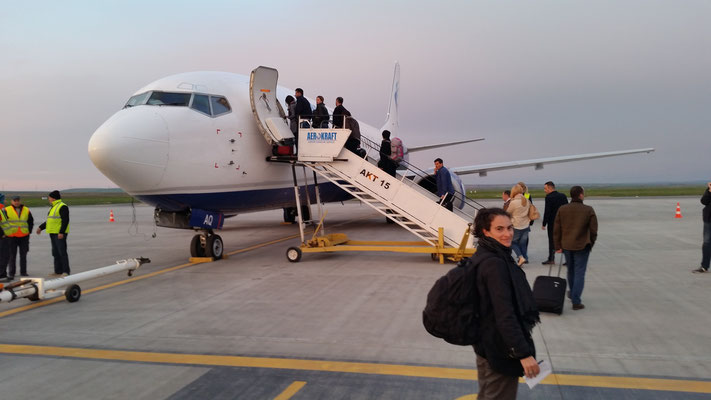 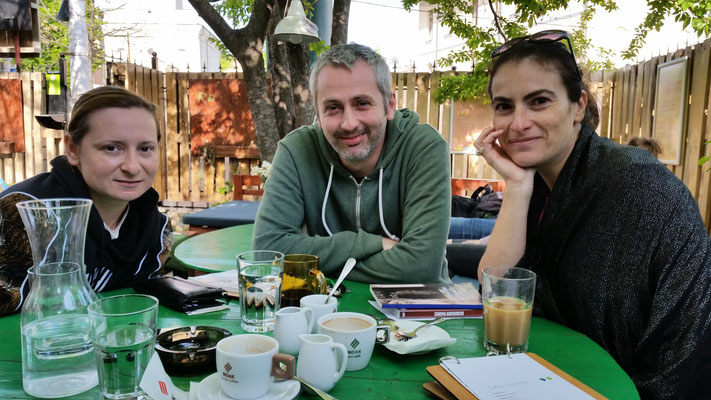 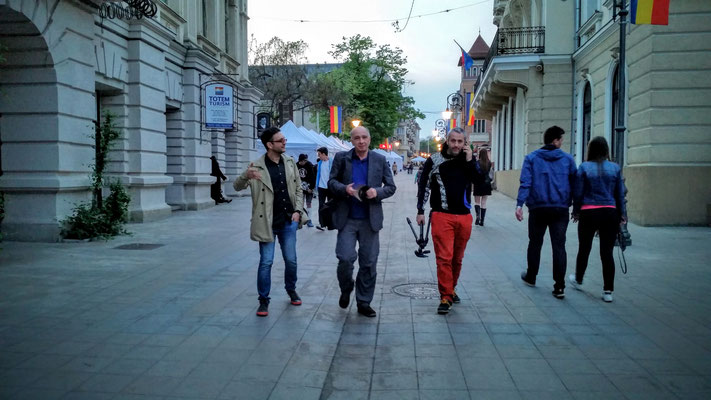 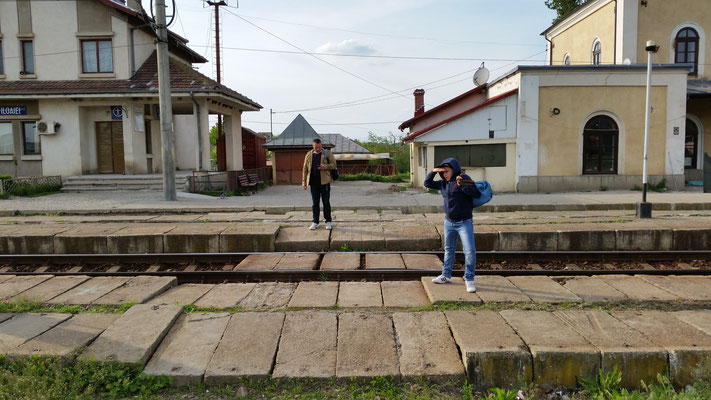 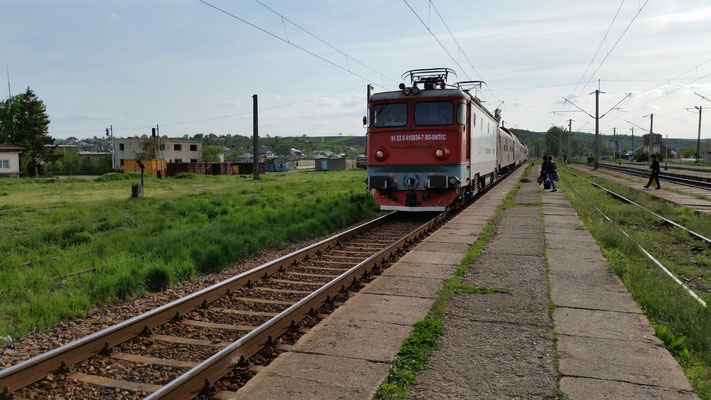 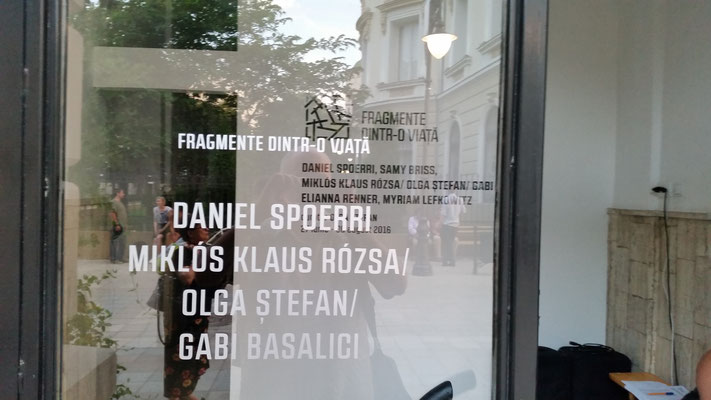 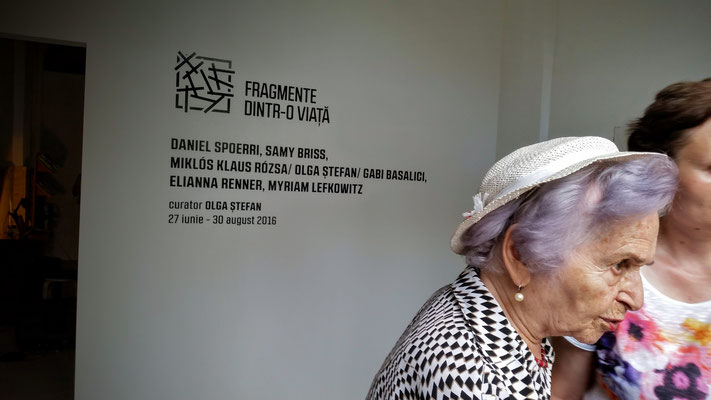 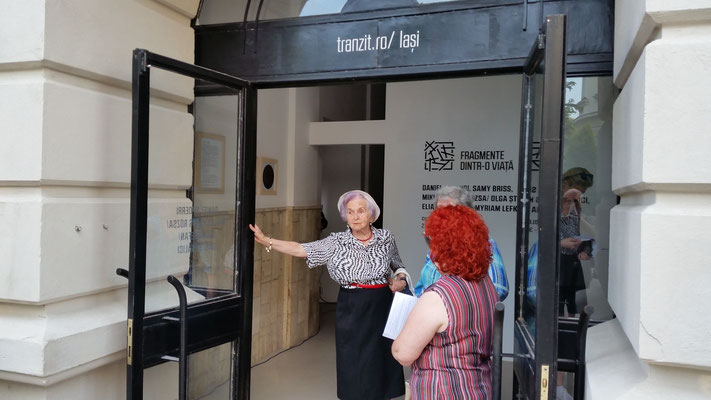 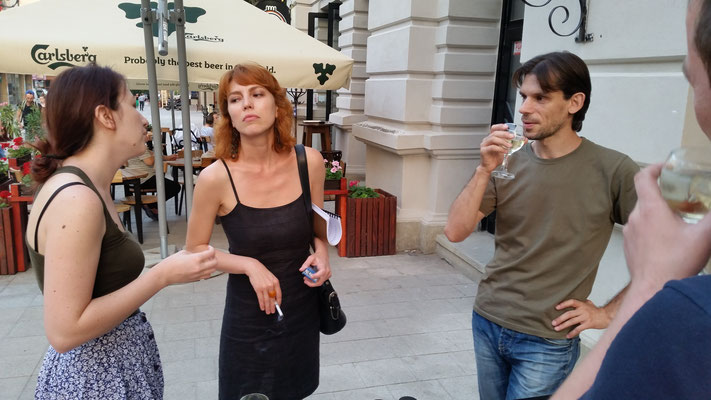 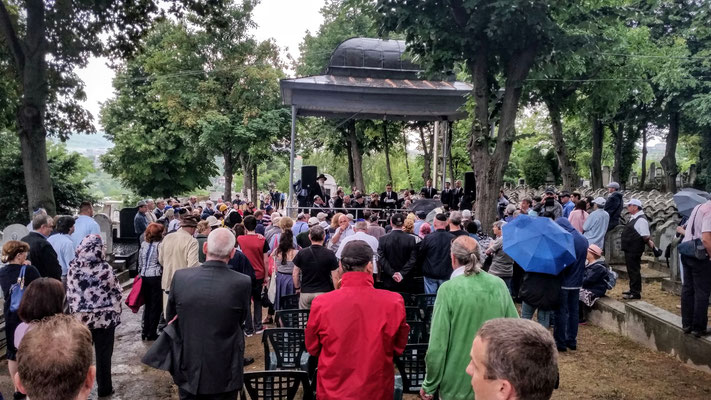 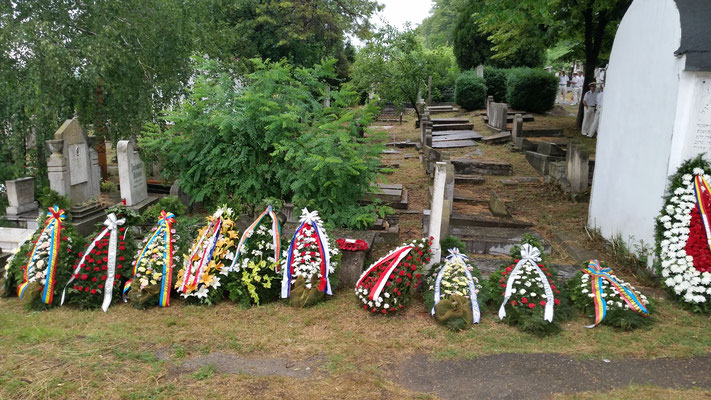 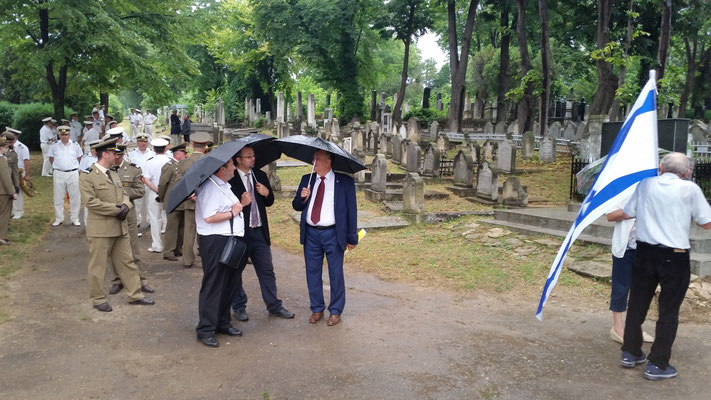 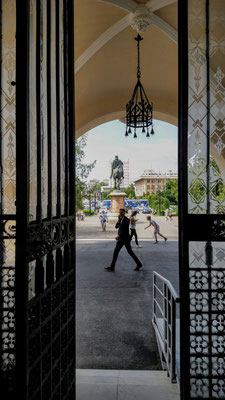 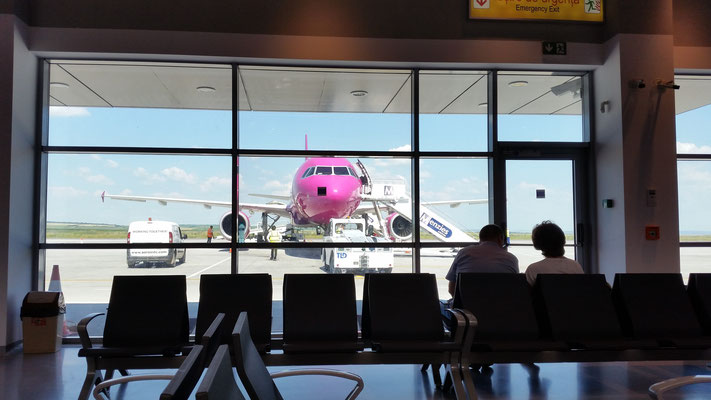 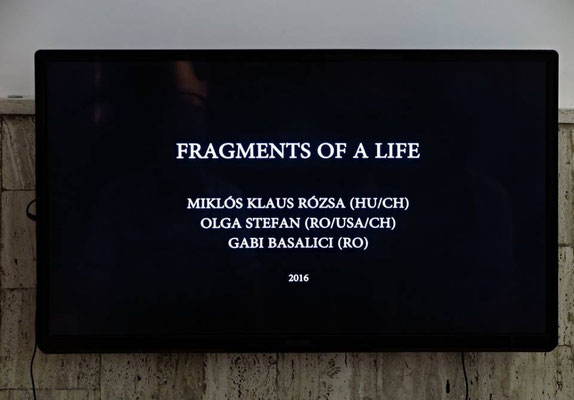 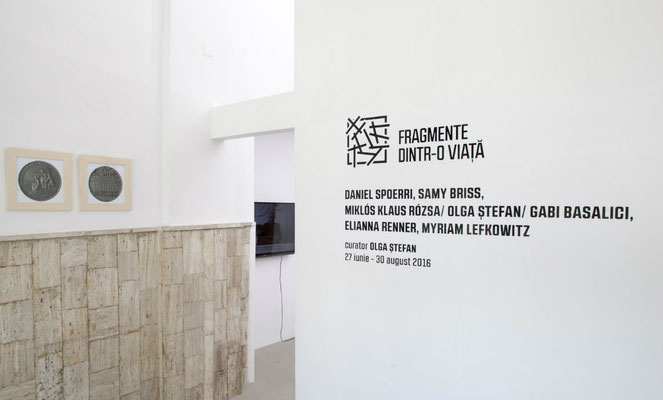 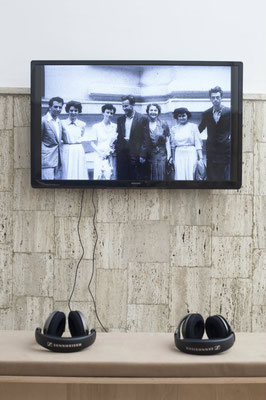 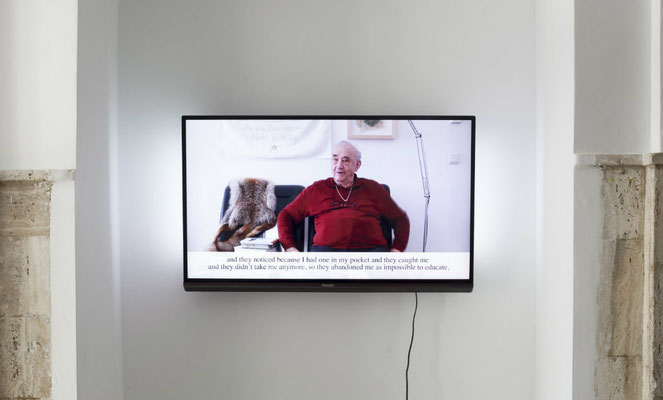 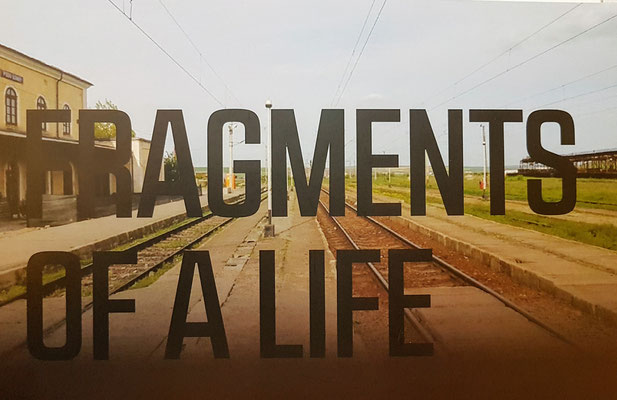 Fragments of a Life  - in Zürich

An exhibition that has as its starting point the June 1941 pogrom in Iasi, Romania, where more than 10,000 Jews were massacred by Romanian and German troops, then undertakes an analysis of the topics of migration, identity, home, belonging, and alienation through personal narratives and oral histories, establishing a link between Romania to Switzerland.

This exhibition coincides with the transfer of the International Holocaust Remembrance Alliance presidency from Romania to Switzerland in the month of March.

Program Agenda
Vernissage, March 8, 6pm
Panel Discussion, March 8, 7:30pm
"Where Are We Going, Where Have We Been", a discussion about migration and identity in Europe yesterday and today, as well as strategies for combating increasing racism and xenophobia.
With artists Miklos Klaus Rozsa and Elianna Renner, and curator Olga Stefan. Remarks about shifting European identity will be made by Catherine Hug, curator at Kunsthaus Zurich.
Additional observations and interventions will be made by the other participating artists present in the audience.

Performance, Premiere in Switzerland, March 9, at 7pm
"In Between"  by David Schwartz/Katia Pascariu/Alice Monica Marinescu/Ioana Florea
An experimental interactive play that includes the audience in its co-production, In Between is composed of personal testimonies describing life after the Iasi pogrom for the survivors and future generations, linking this event to contemporary stories of migration and marginalization.  Be prepared to take a position!

Film Screening, Premiere in Switzerland, March 11, at 7pm
Charging the Rhino - directed by Simcha Jacobovici, 2007
On June 29, 1941 thousands of Jews were herded into a courtyard in Iasi, Romania and were massacred by German and Romanian soldiers. Many of the Jacobovicis of Romania died that day. Canadian filmmaker Simcha Jacobovici goes back to the land of his forebears and explores issues of memory – his and Romania’s.

Fragments of a Life

A video combining intimate family conversations between Olga Stefan and her grandmother, Sorana Ursu (now 91), with footage, photographs, and other images from the past and present, creating an assemblage of memories and impressions that both support and reject historical events. Through the personal account of Sorana Ursu, whose father was killed during the 1941 Iasi pogrom, along with those of other members of the family now in Israel and the United States, biographical fragments are pieced together in a desperate attempt to establish a coherent narrative of life, while acknowledging the incomplete image of reality they present, the malleability of memory, and the tragedy of forgetting that is an inherent part of survival. The story follows Sorana Ursu’s life in the wartime years, her evolution into a communist and ultimately her disillusionment, while exploring issues of identity, migration, displacement, and belonging.

Cinematography and Photography by

Through oral histories and biographical material, the multi-site and multi-media contemporary art exhibition explores the impact on the destinies of survivors of the events of June 27-June 30, 1941 in Iasi, when about 13,000 Jews were killed by the Romanian authorities at the behest of Marshal Ion Antonescu, Romania’s fascist leader, in the largest pogrom in Europe.

Coinciding with the 75th anniversary of this dark moment in Romanian history, one that has been largely ignored by Romanian society and manipulated politically, the project in Iasi considers the impact of war, violence and persecution on the destinies of victims and their descendants, the past generation’s interrupted biographies that parallel those of today, albeit in other geographical areas.

The exhibition will feature two parts: a historical one including a presentation of written material about the pogrom created by émigré writers who trace their roots to Iasi and who analyse this event through an autobiographical prism, and a contemporary art section that also features film screenings, discussions, and a theater play.

Like the historical section, the contemporary art projects produced especially for the exhibition are by artists whose fate brought them to Switzerland, Germany, Israel, and France yet they trace their roots to Iasi or other parts of Romania, from where their family were forced to flee war or repressive politics. The projects are stories of migrations, displacement, assimilation, memory and forgetting, while reflecting on the notions of home, identity and belonging.

The exhibition and events take place in art and cultural spaces that during the pogrom were located very close to, or were actually themselves former sites of street massacres, inherently carrying this forgotten history that although invisible today, needs to be reclaimed, and thus inevitably questioning how a city remembers its past. 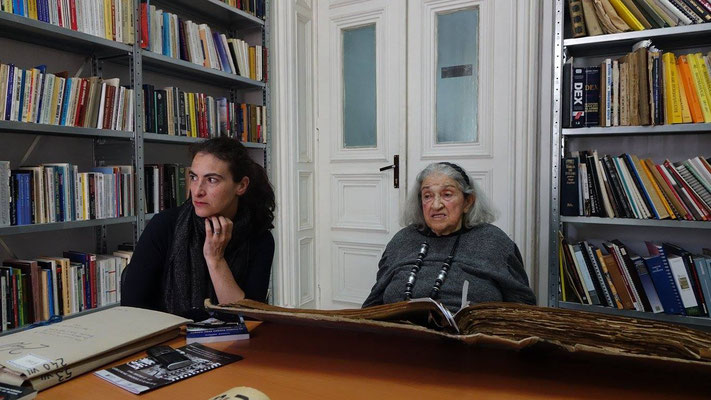 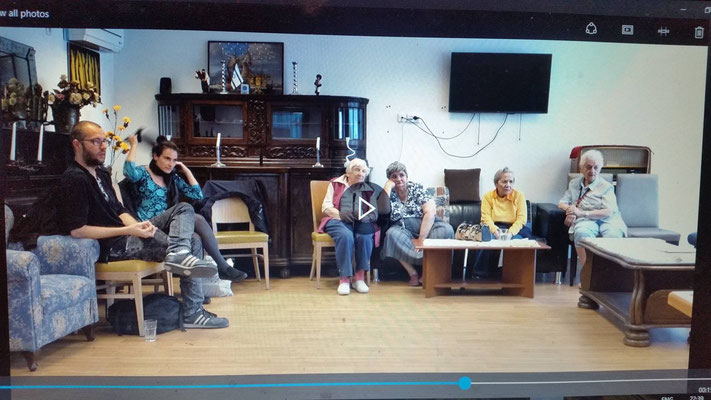 “The traces were still there. But time would slowly blur them and nothing would be left.”

An avalanche of right-wing extremism, xenophobia, nationalism, racism and antisemitism is once again sweeping over what we once perceived as open and democratic societies, closing in on us all, imbuing social relations with ever-increasing fear and hatred of “the other”, an invisible and mostly imagined enemy that changes with dominant political interests. For generations, the instruments utilized to eliminate inconvenient narratives from official histories have included marginalization and complete erasure of all traces of populations that disturb the accepted mythology of constructed national identities.

One of the most concrete examples of this erasure lays in the aftermath of the Holocaust in Eastern Europe, and here we focus our attention on the regions of Romania, former Bessarabia and Bukovina. Despite the extermination of more than 500,000 Jews and Roma in this area during World War II, rather than commemorate these atrocities for posterity and in show of respect to the massacred, historical and political forgetting continued to bury the enormous impact of what had once been a flourishing cultural presence. Entire towns, neighborhoods, cemeteries, whisper the absence of these former inhabitants…

To counteract this tendency of erasure and to highlight the mechanisms of forgetting that are still at work here, we have initiated The Future of Memory, a transnational interdisciplinary platform of Holocaust remembrance, with events and exhibitions organized in cities where pogroms or deportations took place. A centralized archive of all the material produced for these exhibitions along with future undertakings will be collected in a comprehensive website that will also include user-generated content.

The mission of this project is to raise awareness in the public about the participating country’s and individual cities’ past, reactivating memory through contemporary art and media, connecting the past to the present, documenting the last witnesses, personalizing history through oral narratives, creating connections between people and opening up public spaces for debate and mutual understanding. The project also functions as a model for developing a broader consciousness through action, where local partners take on the responsibility of addressing their cities’ histories, thereby combating increasing nationalism, antisemitism, and ethnic hatred while establishing links with each other through shared preoccupations.

In ”1984”, George Orwell wrote, “He who controls the past, controls the future.” Our goal is to subvert any exclusive narrative from controlling our past, and reveal the plurality of stories that created this past, to transmit these personal experiences to the next generations, to learn from them and use them to shape a better future. In essence, The Future of Memory becomes a struggle against forgetting and a public repository of memories.

We are launching our platform in Bucharest, in January on the dates coinciding with the Bucharest pogrom of 1941. Future exhibitions will take place at the end of May in Oradea and Cluj, at the end of June in Iași, and at the end of July in Chișinău.